Picking up a book by Peter Carey can be a lottery. On the one hand he’s done some fantastic novels (True History of the Kelly Gang) – but on the other, he’s responsible for books so dull they register 85 shrugs on the meh scale (Parrott and Olivier in America). So what to make of his latest – another look back into the murky parts of Australian history via a Round Australia Race in the ’50s?

“Two hundred lunatics circumnavigating the continent of Australia, more than ten thousand miles over outback roads so rough they might crack your chassis clean in half.”

Irene and Titch Bobbs enter the Redex Reliability Trial to garner a bit of publicity for their car dealership, recruiting their neighbour, Willie Bachhuber, as navigator. Bacchuber is the well-read son of a pastor recently fired from his school teaching job for dangling a racist boy out of the school-house window, whose past holds a few dark secrets (some that even he doesn’t know about). 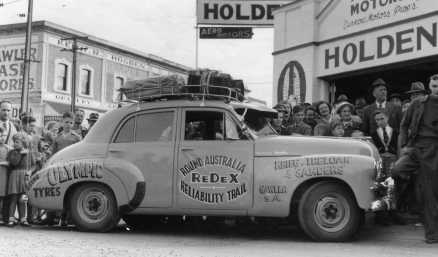 With the Redex tearing through Australia, Carey has the chance to turn the headlights on the darker parts of Australian history: the brutality endured by it’s indigenous population.

“I would soon see that same landscape outside the window for what it had always been: a forgotten colonial battleground, the blood-soaked site of a violent ‘contact’ between the indigenous blacks and the imperial whites. If it was not a state secret, it might as well have been.”

There are a thousand clever things packed in here: Irene and Willie are two of the most complete characters I’ve read (I can only think of the voice Carey gives to Ned Kelly in True History of the Kelly Gang and Thomas McNulty in Sebastian Barry’s Days Without End that come anywhere close) and the final twist changed my whole perspective on everything else that had come before. But the cleverest thing is the way Carey has blended fact and fiction – it somehow makes the injustices endured by the indigenous population all the more shocking.

Yep, look underneath the bonnet and A Long Way From Home packs a powerful punch. It’s a good read – one I’d highly recommend.

So what do you think? Have you read it? Did you like it? Would you recommend it?

If you’re after more reads in a similar vein, then here are two I’d recommend: 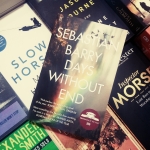 Review: Days Without End by Sebastian Barry - These 300 pages contained such brilliance that it knocked me sideways. It's an early contender for book of the year...

Review: True History of the Kelly Gang by Peter Carey - Since its nearly Booker Prize, here’s a look at some of our recent winners

5 thoughts on “Review: A Long Way from Home by Peter Carey”