It’s almost Christmas, so here’s a bit of book related fun: I’ve described the plots of 15 books with emojis – can you guess the book titles?

For some reason the quiz code doesn’t work very well in Reader, and it makes it tricky to understand – its a lot easier (and lots more fun!) if you do it on the actual Baking Thad Books Site.

Let me know how you get on in the comments!

OK, here’s an easy one to get us going.

Click here for the answer
Twilight. That’s right, a there’s a girl, a boy, kissing, vampires and wolves. It can only be Stephanie Meyer’s blockbuster series, Twilight

Got the hang of it? Great, they get tougher from here on in: 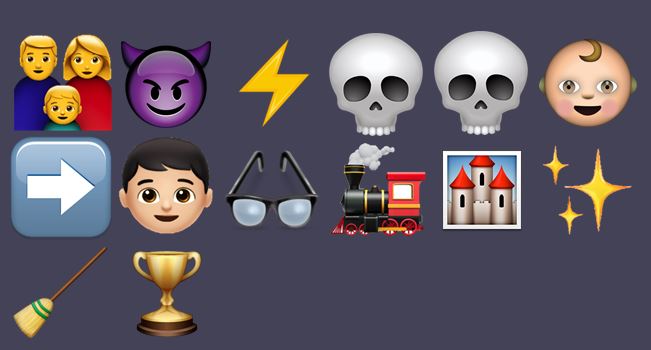 Click here for the answer
A family is killed but the baby survives, gets some glasses, goes on a train to a castle, where there’s magic, quidditch and someone wins the house cup. It’s supposed to be the Philospher’s stone, but I’ll give it to you if you guessed any of the Harry Potters! 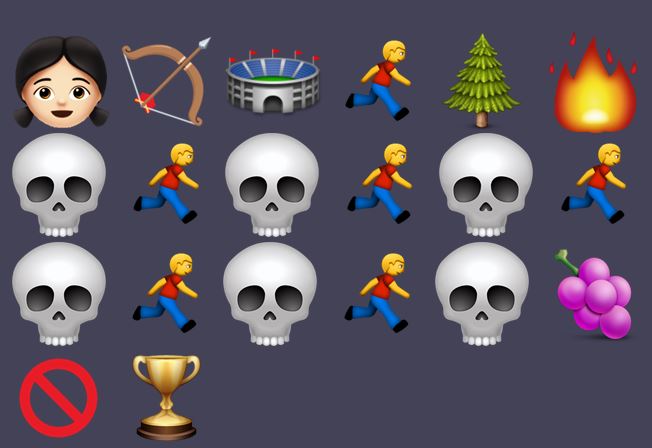 Click here for the answer
A girl with a bow an arrow in an arena running around with loads of people dying and not eating berries? Of course it’s the Hunger Games! May the odds be ever in your favour! 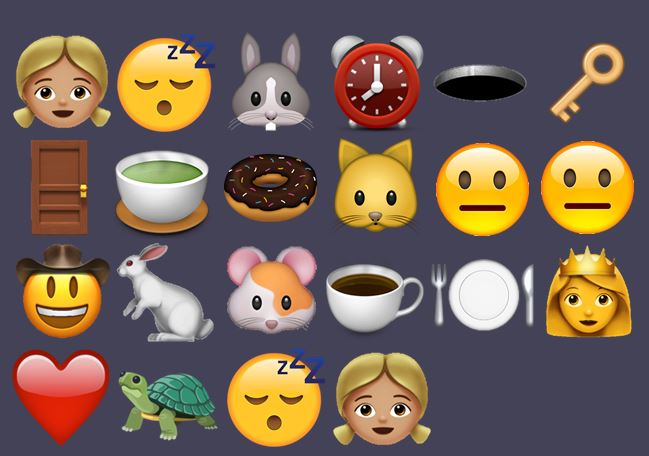 Click here for the answer
If you got Alice in Wonderland by Lewis Carroll, then you must be grinning like a Cheshire Cat! A girl falls asleep sees a rabbit, goes down a hole, eats and drinks things to go through a door, where she meets a grinning cat, a pair of twins, a mad man in a hat, a hare, a mouse (those last three at a tea party), the queen of hearts and a turtle. All before she wakes up.

Click here for the answer
Wizards, rings, and a trek to a fiery mountain? It can only be J.R.R. Tolkien’s Lord of the Rings.

Click here for the answer
A man joins a sailing boat and chases a whale – if you got Moby Dick by Herman Melville then you’re having a *whale* of a time (I will never apologise for that pun).

Click here for the answer
This one is mainly about a boy on a boat trying to tame a tiger. That’s right, it’s 2002’s Booker Prize winning Life of Pi by Yann Martel about storytelling. It’s worth picking up if you haven’t already.

Click here for the answer
Were you fooled by the green witch? I had to go for a green witch because I didn’t have a regular witch in my emoji list! It’s about four kids who venture through a magic door into a frosty land ruled by an evil witch from a castle before they’re rescued by a lion. It’s C.S. Lewis’s the Lion, the Witch, and the Wardrobe.

Click here for the answer
This is probably my favourite so far – Rudyard Kipling’s Jungle Book. A tiger kills a baby’s family, so the baby is raised by wolves and learns to live in the jungle with bears (and honey), elephants, the bandar-log monkeys, Kaa the snake, that tiger again, and a lot of fire. It’s more the plot of the film than the book, but you knew what I was getting at right?

Click here for the answer
Congratulations if you got Lord of the Flies by William Golding – the critically acclaimed novel about conflict between the human impulse towards savagery and the rules of civilization which are designed to minimize it. It is probably the toughest so far – even the plot itself doesn’t really explain the book: Some schoolboys are in a plane crash and and on an island where there’s a conch, a boy called piggy and lots of running away before they’re rescued.

Click here for the answer
This one is a classic adventure novel about a bet to travel around the world. If you got Around the World in 80 Days by Jules Verne then pat yourself on the back for a job well done. 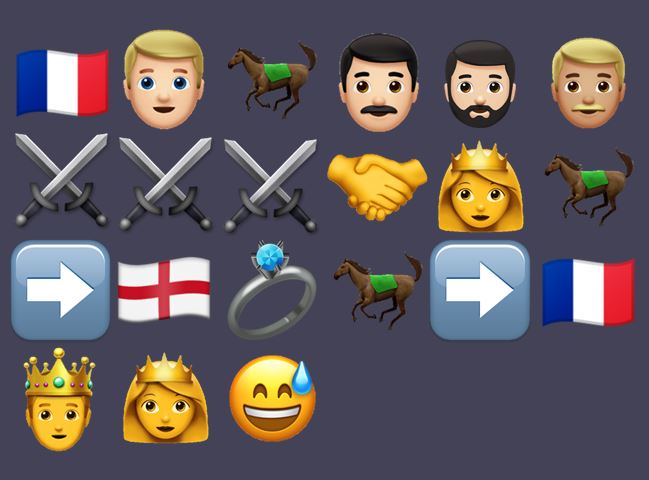 Click here for the answer
This one is a boys own adventure, and one of the toughest of the lot. About a man in France who rides his horse, fights three men, makes friends with them (and joins their band) before being sent by the queen to England to pick up some jewelry, and bring it back in time to show the king. Yep, it’s Alexandre Dumas’s the Three Musketeers. A tricky one for sure.

Click here for the answer
Definitely a difficult one to get (I had to be a bit inventive with some of the emojis). After a battle a man travels by boat, meeting sirens, lotus eaters, and watching his men get turned into pigs, before he travels past a giant sea monster and whirlpool, and eventually lands back home in Greece, has another fight, and re-unites with his queen. Did you get the Odyssey by Homer? Then your book knowledge is the stuff of legend.

Click here for the answer
Maybe my favourite one of the entire quiz – aliens travel to earth where they get an infection and all die. Of course it is the War of the Worlds by H.G. Wells!

Last one now – a special Christmas themed one!

Click here for the answer
A Christmas Carol by Charles Dickens of course – the best of all Christmas books! It also has one of the best opening lines in all of literature: “Marley was dead: to begin with…” Just wonderful.

So how did you get on? Let me know in the comments

Any that you didn’t know? Are there any books that you absolutely love?

Got some more time on your hands? Then why not try one of these:

A Bookish Book Christmas Quiz - A bookish book quiz. Guess the classic book titles from the pictures. Have fun - let me know how you get on...

A Bookish Quiz: Opening Lines Edition - The name of the game is simple: Can you guess the book from the opening line? Let me know how you get on...

A Bookish Quiz: Famous Last Words Edition - A bookish book quiz. Guess the book from the final line. Have fun - let me know how you get on... 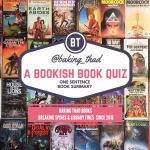 A Bookish Quiz: One Sentence Book Summary Edition - A fiendishly difficult bookish book quiz. Can you guess the book from the one sentence summary?

A Bookish Quiz: Leading Legendary Locations Edition - A Bookish Book Quiz - can you guess the creator of these fictional places?