The Dry by Jane Harper

A policeman returns to his dried-out, tinderbox, backwater hometown to investigate the gruesome murder-suicide of his childhood friend, when he finds a few loose ends too many…

Pick this one if you’re after a quick-ish crime thriller that entertains from the get go. 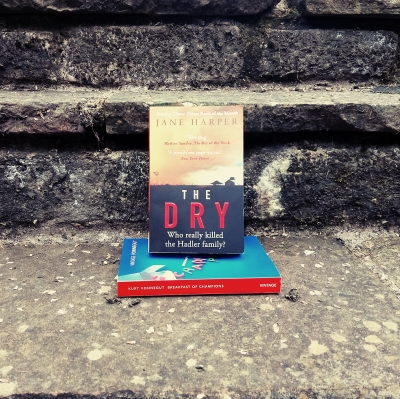 Oh boy! I read this back in June and it was a real breath of fresh air. Jane Harper’s debut novel doesn’t excel at anything in particular, but does a lot of things very well – a tightly plotted story that zips along, with decent dialogue and a fully formed characters. After reading some stuff like the Widow or Gone Girl, with their constant plot twists and unreliable narrators, it feels refreshing to get back to some good old fashioned story telling.

My Absolute Darling by Gabriel Tallent

Turtle Alveston is 14 years old, rubbish at school, but brilliant with guns, good with knives, and unphased when asked to amputate a finger – because she is raised by a crazy abusive survivalist father.

Pick this one if you’re after a no-holds-barred heroine who would kick Katniss Everdeen’s arse.

My Absolute Darling easily made this list – it is one of the most absorbing, intense and shocking books I read all year. But also one of the most uplifting. It’s hard to believe this was Garbiel Talent’s debut.

There’s lots of stuff in this sticks with you long after you’ve turned the final page, but the bit that sticks with me most is the the sneak peak into Turtle’s damaged psyche. It’s fantastic. I’m sure you’ll love it.

Days Without End by Sebastian Barry

It’s hard to summarise the epic nature of Days Without End – it’s scope is massive, sprawling across almost the entire US, in a period of history that contains both the Indian and Civil Wars. But its focus is small – following Thomas McNulty after he’s made a break for the US from famine starved Ireland.

Pick this one you like books that will make you look at the world differently.

How this one didn’t walk away with the Booker Prize this year I will never know. It is electrifying. Barry’s observations are perfect, and his turn of phrase is mesmerising,  like when he turns his thoughts to reminiscence:

“A man’s memory might have only a hundred clear days in it and he has lived thousands. Can’t do much about that. We have our store of days and we spend them like forgetful drunkards.”

It’s packed with little bits like this that make you stop and think twice. The whole thing layers up into a near perfect novel. It’s so good, that I keep on looking at other books by Sebastian Barry, but not buying them, because they might not be as good as this one.

A Gentleman in Moscow

The adventures of Count Alexander Ilyich Rostov, who in 1922 is sentenced to house arrest in Moscow’s Hotel Metropol by Russia’s revolutionary government.

Pick this one if you’re after an uplifting book that will leave you with a grin on your face.

This is a charming novel with Towles keeping one eyebrow arched the whole time. Everything about it is fun, with the count learning about friendship, loyalty and duty from places he would never expected to.

It was one of the most satisfying books I read all year.

The Nix by Nathan Hill

On the campaign trail, future presidential candidate Governor Sheldon Packer (a right wing politician who has already made children and teachers recite the ten commandments before the pledge of allegiance) is in the park, glad-handing voters, when a 61 year old former hippie radical throws rocks at him. Her long estranged son begins to write a tell all book on the mother who walked out on him when he was 11 years old.

Pick this one if you’re after a satirical look at the modern world – politics, gaming, family and a hundred other things. 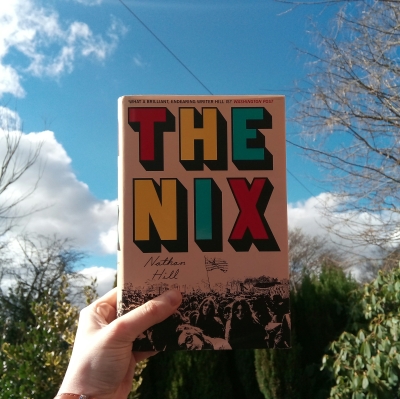 This one is a bit self-indulgent of me – before you head out to buy it you should know that I’ve recommended it to a few people who haven’t liked it anywhere near as much a I did. But still, this is my list and I love modern American literature, so it makes the cut. What’re you gonna do?

The Nix seems to wander a lot, but Hill’s writing is so good he gets away with it (in one chapter, he breaks up a cheating student’s arguments into the logical fallacies he has been trying to teach her in class – it had me laughing out loud on the train like a complete weirdo).

Hill moves between a hundred different styles (not always successfully, but you don’t always get what you want do you?), and it has enough humour to keep it enjoyable even when the plot disappears down a rabbit hole.

If you’ve enough time on your hands, then the Nix is well worth reading.

OK, that’s the good stuff – there’s plenty of stuff that didn’t make the list which could easily be up there – Before the Fall, the 7th Function of Language, Homegoing and Moonglow might all have made the list on another day. Still, it’s a good mix.

Now on to the contentious bit…

25 year old Sofia is drifting through life, working as a barista while looking after her hypochondriac mother, Rose. Rose’s illness has baffled doctors in the UK for years, so she’s decamped to a clinic in Spain for the summer for treatment from a controversial doctor.

The writing is great, but with no plot and no decent characters, there’s no need to read it.

The Adversary by Emmanuel Carrère

The true story of a wealthy doctor who kills his family and sets fire to his house. Except he’s not a doctor, and he’s not wealthy – it turns out that everything we know about the good doctor is a lie, and the scale of his secrets is almost beyond imagination.

Maybe a bit harsh that this makes my bottom 5, but I had to make the numbers right. You won’t regret reading this book, but you’ll be left thinking it could be so much more.

The Adversary feels somehow lightweight. Carrère spends a lot time sifting through the facts of good doctor’s life, without exploring the “whys” enough. We get a cursory glimpse of his inner workings, when a case like this demands so much more. It feels like Carrère is on the brink of a universal insight into the human condition, only to pull back at the final moment, leaving us wanting.

A Horse Walks into a Bar by David Grossman

A Horse Walks Into a Bar is the story of a near catastrophic stand-up show by an ageing comedian in Israel. On stage, Dov G bears his soul, sometimes cracking jokes, but otherwise telling the story of the first funeral he ever attended.

For 200 pages you’re reading about one guy, who’s not that funny or likeable talk about how he found out his parents died.

The love story of Saeed and Nadia, set in a war zone, on the brink of a refugee crisis. But out of nowhere, there are magic doors between countries that anyone can walk through, and find themselves transported to a new safe haven, like the UK or US. 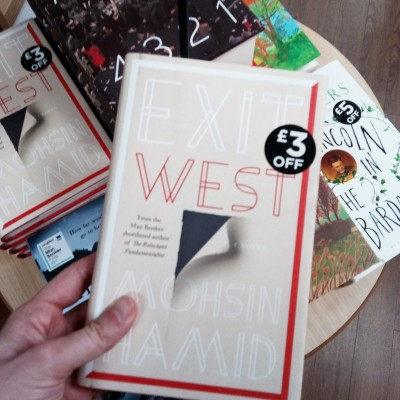 It’s a great idea rather than a great book. There’s hardly any drama to it – everyone gets along in a world without borders. In the end, you’re just left reading a book about people walking through doors and getting along nicely.

It’s all just a bit humdrum.

A History of Wolves by Emily Fridlund

In North Minnesota, Linda is a kind of teenage outcast who starts baby-sitting for a weird family who have just moved in across the lake, and turns her hand to writing an essay for her new shifty looking school teacher.

This is all slow-going-moody-tension with barely any plot to speak of. I have no idea how it ended up on the Booker Prize shortlist.

I just couldn’t get along with it. In History of Wolves, it feels like Fridlund gives the game away too early – after less than ten pages we know the fate of the shifty school teacher and the boy she’s baby sitting. From then on in, we’re just witnesses to how events play out.

So what do you think? Any you agree with? Any you disagree with? What have been your reading highlights of the year?

While you’re here, fancy a bit of reading related fun? Then check out these quizzes:

A Bookish Book Christmas Quiz - A bookish book quiz. Guess the classic book titles from the pictures. Have fun - let me know how you get on...

A Bookish Quiz: Opening Lines Edition - The name of the game is simple: Can you guess the book from the opening line? Let me know how you get on...

A Bookish Quiz: Famous Last Words Edition - A bookish book quiz. Guess the book from the final line. Have fun - let me know how you get on...

A Bookish Quiz: One Sentence Book Summary Edition - A fiendishly difficult bookish book quiz. Can you guess the book from the one sentence summary?

A Bookish Quiz: Leading Legendary Locations Edition - A Bookish Book Quiz - can you guess the creator of these fictional places?